What is the US – Canada Battle over Meat Law? 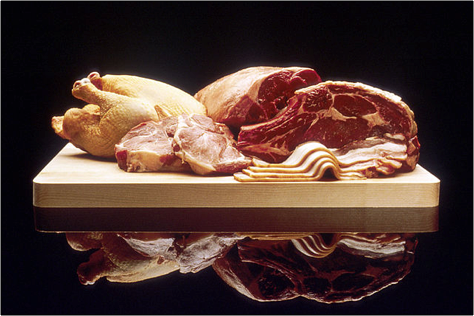 In the past few years, North American countries have been engaged in a trade conflict over meat labelling law. The United States has a law, called the Country of Origin Labelling (COOL) law, which makes it mandatory for meat producers to put a label on the meat stating its country of origin. This means that consumers buying meat in the U.S. should be able to tell where the animal was raised and slaughtered.

Country of Origin Labelling requirements came into effect in the Unites States in 2008. Basically, the rule mandates that any meat product sold in retail stores must have a sign or label indicating its country of origin. This applies to products like steak, ground beef, pork chops and fresh chicken products. However, this law does not apply to meat and chicken sold in restaurants or processed meat products.

Canada and Mexico are not happy with the COOL laws because it requires extra work and costs. Plus, the rules also violate international trade laws. Canada and Mexico have appealed against the rules to the World Trade Organisation (WTO).

The reason given by the U.S. for the labelling rule is that consumers have a right to know where their meat comes from. If this rule is repealed, consumer health and safety will be compromised. The argument from the other North American countries is that this kind of labelling differentiates their products from U.S. ones. Consumers will be less inclined to buy meat that has been imported over long distances, and the Canadian meat industry will suffer.

Most retailers will not want to spend extra resources on labelling imported meat, and will rather go with U.S. meat. Because of this, Canada and Mexico accuse the rule of being a subtle, indirect way of steering U.S. meat retailers away from buying and selling imported meat, and forcing them to deal only in U.S. meat. Canada’s share in the U.S. beef industry is only 3%. So, most U.S. retailers choose to avoid the additional work and cost for just a small share, and instead opt for home-grown meat. The U.S. legislation costs the Canadian beef and pork industries $1 billion every year.

Another key point in Canada’s argument is that the labelling laws don’t actually provide any safety measure for the consumers. Knowing where your meat comes from hardly matters; what’s more important is that the meat is safe for consumption, but on this the label gives no information.

Both Canada and Mexico, along with The United States, are co-signees of the North American Free Trade Agreement (NAFTA). The countries also argue that the labelling legislation from the United States sours the agreement and the spirit in which it was signed.

The Ruling by World Trade Organisation

Canada and Mexico have appealed to WTO against the COOL laws four times, and all four times, WTO has sided with them. WTO recognises that the COOL law violates international trade laws and causes discrimination against imported meat products. However, the U.S. has continued imposing the law. To stop this, a final ruling was passed in May 2015 which abolished mandatory labelling. Now, either the United States must change their law books, or face retaliatory measures.

Canada has filed for authorisation to impose retaliatory tariffs of more than $3 billion a year on products imported from the U.S. Further, it has also planned 100% surtax on other products imported from U.S. states that support the meat labelling requirements. The main targets are California, Pennsylvania, Michigan, Minnesota and Illinois. The surtax will be levied on imported products like wine, chocolates, ketchup, pasta, cereals and even frozen orange juice. The retaliatory trade sanctions could cost Michigan $700 million.

Opinion among the general public regarding the COOL law differs widely. What do you think? Is country-of-origin labelling important?