Using Your Competitor's IP to Enhance Your SEO 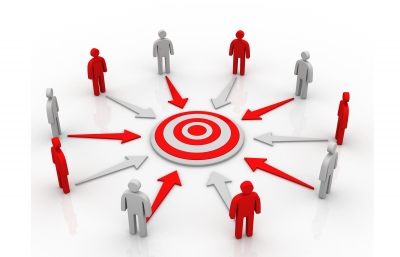 Using your competitor’s IP (such as brand name or slogan) to enhance your SEO is not considered actionable under trademark law. The reason for this is that consumers are not likely to be bemused by the results of search engine alone. But, the issue remains to be settled at Canadian law.

As per the Vancouver Community College v. Vancouver Career College (Burnaby) Inc., 2015 BCSC 1470, the Supreme Court of British Columbia considered whether the Vancouver Career College’s use of the plaintiff’s trademarks VCC and VANCOUVER COMMUNITY COLLEGE in keyword advertising, including Google AdWords, constituted passing off as another brand. As per the observation of the Court, the users retained the ability to choose from the results returned by a search, the content of the defendant’s website was void of any confusing material and the keywords were not being visible to users. The Court ruled that search results alone are not very likely to lead to any kind of confusion, as a user has absolute control over what terms are being searched and is still allowed to pick and choose between different results on display. So devices capable of manipulating search results (like keywords) are not likely to lead to any confusion. The court acknowledged that first impression does not lead to confusion in the context of keywords or AdWords, as the user has to actually access the website located by the search. Additionally, a user is required to go to a website before the issue of confusion can even start to arise. As per the court, since the metatags (part of the website’s HTML code that contain the keywords) are not displayed on screen, they hold absolutely no potential cause for confusion and hence are irrelevant. In this particular case, the defendant’s website itself was not displaying the plaintiff’s marks, so there was no risk of confusion.

The Federal Court’s decision in Red Label Vacations Inc. v. 411 Travel buys Limited, 2015 FC 19 (currently under appeal) where the Court found use of other brand’s trademarks in metatags was that it did not constitute trademark infringement. The Court observed that since the metatags were not visible to the searcher, the potential for misrepresentation was none. The Court also made a comment on whether there was initial interest confusion, and said that it was immaterial, as the theory of trademark infringement or dilution still had to gain foothold in Canadian law. Further, metatags are only responsible for influencing search results, so, the court concluded that consumers have absolute control regarding which website they want to access.

As per the Courts in Quebec and British Columbia, keywords in advertising are very similar to side-by-side advertising. This kind of advertising is conducted on a regular basis in telephone directories and other kind of advertising media. In Private Career Training Institutions Agency v. Vancouver Career College (Burnaby) Inc., 2010 BCSC 765, aff’d 2011 BCCA 69, the BC Superior Court found that bidding on a competitor’s mark through keyword advertising is not in any way false, deceptive or misleading contrary to a bylaw in the Private Career Training Institutions Act. The case of bylaws was used to decide the context for prohibiting false, deceptive or misleading advertisement. In upholding the decision, the Court of appeal decided that this was not a dispute over IP and that the result should not be considered in that context.

Using your competitors’ IP to enhance your SEO is a common practice across the board but you have to be careful when going about it as there have been instances where organisations have been dragged to the court of law for doing so. If you want more insight on the topic, and you want to understand the IP policies of Canada better, then get in touch with Prowse Chowne.