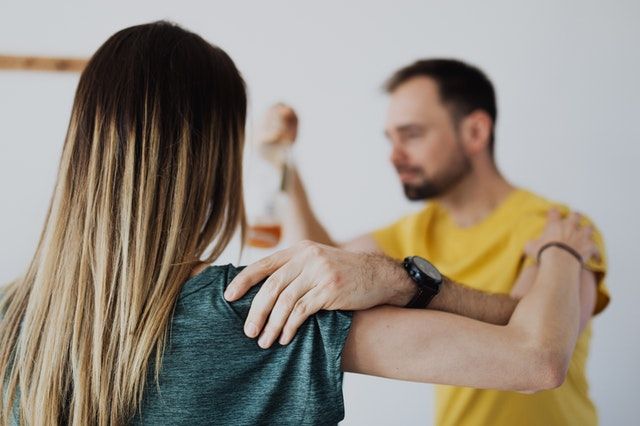 Did you know that more than half of those who file for divorce have experienced domestic violence but have denied themselves of help? Whether it was love for family or wanting to keep the ideal family set-up that they have, most of them dismissed the idea of the need to get help. Sadly, there are also those who fail to recognise that what their partner does to them falls under the concept of domestic violence. Such ignorance has put their lives in significant risks.

Abuse may come in many forms. And until one recognizes that the treatment they are getting does not fall under what may be considered as ordinary, they can never tell the difference between an argument and abuse. How can we show a normal couple’s fight from an actual case of domestic violence? Here are some of the basic types of violence that most spouses experience in their home.

• Emotional Abuse – One’s emotions can be very fragile – whether you are a man or a woman. Your emotions control your self-confidence; thus, if you are emotionally abused, you are likely to develop a problem with trusting yourself and believing that you can be good at something. When your spouse emotionally abuses you, he or she makes you feel unwanted and unloved. Such emotions have an unyielding impact on how you deal with yourself and with others.

• Verbal Abuse – Words can make or break a person, and it can make marriages fall apart as well. Verbal abuse is a serious issue and should never be taken lightly. Even when you think that your spouse has the right to speak his mind, remember that he doesn’t have the right to use harsh words just to make a point. After all, marriage is all about talking to help each other understand one’s point. When harsh words come in the way, it no longer helps couples understand each other. Instead, it allows the other spouse to abuse the other in the most convenient way possible – verbally.

• Physical Abuse – This may be the most popular among the three. Perhaps the apparent physical effects that you see are the reason why it usually stands in court as grounds for divorce. Physical abuse is the use of force to make the other spouse understand what the other intends to say. It can be quite difficult for victims of such physical abuse to speak up because more than the fear that they have for their lives, they fear that their spouse would turn to the children and hurt them too.

Domestic violence cases, although criminal in nature, are handled by family lawyers. In practice, it has become more practical for a lot of people to have one lawyer deal with their divorce issues, child custody and child support negotiations and domestic violence situations. Most divorce lawyers are experts in handling cases that involved several types of domestic violence. Abuse comes in many forms, but it doesn’t mean you have to be a victim before you take action. Get the lawyer’s help today.