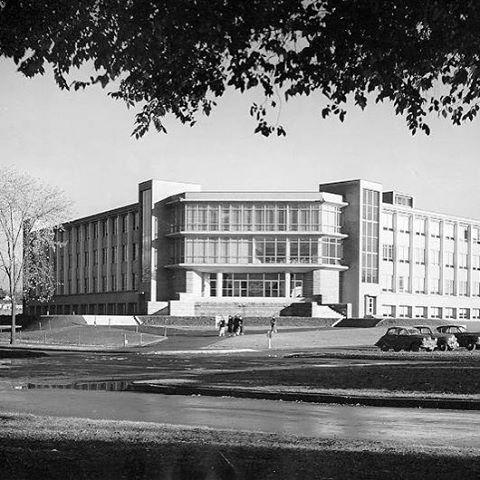 Canada is known to have some of the most reputable law schools in the world. Law, as a profession, requires you to have extraordinary analytical and logical skills. It is a profession that requires you to be ready at all times with all the knowledge available. In such a scenario, being trained at one of the best law schools in Canada equips you for the complicated and competitive legal life ahead of you.

McGill is undoubtedly one of the best law schools in Canada due to the top notch education quality that the university provides. McGill Law has an advantage over most universities - its bilingual opportunities and bilingual degrees. Another feature that distinguishes this university from other universities is its ability to offer the best civil law education in Canada. Civil law is the most commonly used system of law in the world.

McGill is highly recognised and has made for itself one of the best reputations in the world. The Times Higher Education Reputation Rankings ranked McGill as 31st in the world and second in Canada.

University of British Columbia – Faculty of Law at Allard Hall

The law degree offered at UBC offers tremendous quality of education and its law degree is no different. It has got a great academic reputation across Canada. The Times Higher Education Reputation Rankings has ranked UBC 31st in the world and tied it at second in Canada (with McGill). This illustrates that the university is highly regarded in terms of quality education. With regards to law, UBC is ranked at 7 by QS World University Rankings in terms of employer reputation.

University of Toronto Faculty of Law

University of Toronto may very well have the best quality of education in Canada for law. The university is ranked as the best in Canada by many rating agencies.

It is also ranked 17th in the world in terms of reputation. The University of Toronto fares 3rd best in Canada for employer reputation according to QS World University Rankings.

The Université de Montréal Faculté de droit is ranked in the top 150 in the world and 6th in Canada. Montreal Law, very much like McGill, provides an advantage over most universities is its bilingual opportunities by offering bilingual degrees. The University of Montreal though does not offer any degrees in common law with the exception of an undergrad degree that allows them to take the bar in other provinces.

Université de Montréal Faculté de droit has a good overall standing when it comes to reputation nationally as well as internationally. MacLean’s magazine has ranked it number two under elite firm hire.

Queen’s has been ranked 3rd by MacLean’s for common law. Queen’s has had a remarkably high number of citations per paper. Queen’s is known to have an overall great reputation and is considered one of the universities in Canada you should do your law schooling from.

Getting in any of the above law schools is guaranteed to give your career a great head start. If you are ambitious about studying law at one of the global leaders of legal education, then getting into any of the above mentioned universities should be on the top of your list.