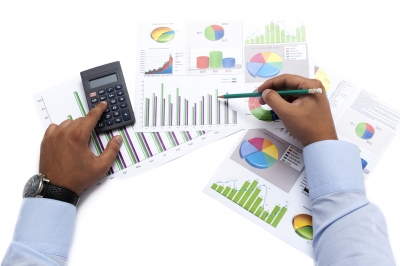 If you think the financial scams are a modern invention, think again. From the Praetorian Guard selling off the Roman Empire to the highest bidder in 193 A.D. to the Enron Bankruptcy in 2001 to the technologically advanced phishing and vishing scams being run today, scams are aplenty.

These scams always hurt someone or the other. Most of the times, financially and in worst cases, physically. Such fraudulent measures lead to the investors' confidence in the financial systems being broken.

Here are some large scams that shocked Canada not so long ago, that teach us a lesson or two:

Though Enron was a North American organisation, the scam had some very far reaching effects. The company's cooking of the books led to them declaring insolvency on 25th January 2002. This led to the Canadian arm of Enron suddenly ceasing all operations and supply of resources. As a result, the number of orders the company had taken up in Canada went unfulfilled. Though the effects were not as adverse as in the USA, Canada did bear some collateral damage.

Bre X, a mining company based out of Calgary, bought a mining site in Busang, Indonesia, in 1993. In 1995, it suddenly reported that they had struck gold. The amount of gold deposits they were sitting on was estimated to be 70,000,000 troy ounces by the company's consulting arm and 200,000,000 troy ounces by other sources. This information made the prices of Bre X, which was a penny stock at that time, skyrocket. In 1996, the company enjoyed a total capitalization of $6 billion.

Not for long though. The fraud was discovered in 1997. Bre X had inserted treated pieces of gold in the drill holes to show that they had found gold. This was the end of the company's dreamy sojourn.

One of the longest criminal trials in the history of Calgary finally culminated in the conviction of Mr. Sorenson and Mr. Brost. The duo started taking money from cash rich Albertans during the mid-2000s as gold linked investments. These 'businessmen' wined and dined the investors in various conferences across the United States and the Bahamas. Money flowing in was invested in worthless shell corporations and then siphoned off. The RCMP has been unsuccessful in recovering the money.

The Bank of Montreal sued hundreds of people in Alberta, in 2010. This included a number of lawyers, mortgage brokers and four of its own employees. These people were paid a few thousand to dollars to put their names on mortgage applications. The documents for application to the bank for loans were forged. The perpetrators would buy the worst home in a good neighbourhood. They would then inflate the value of the home with respect to the neighbourhood to obtain loans from the bank. These homes would be sold to straw buyers and the difference was pocketed by the criminals. It is believed that the schemers siphoned off around $70 million. It was found to be the handiwork of as many as 14 interconnected groups!

While there have been four arrests from Calgary, the bank started negotiations and settlements with the other accused.

These are only four of the many cases that have occurred in Canada. If you find yourself in the midst of such a case, it is always wise to have a lawyer well versed in financial laws by your side.