The Impact Of Canada's New Cabinet To Business 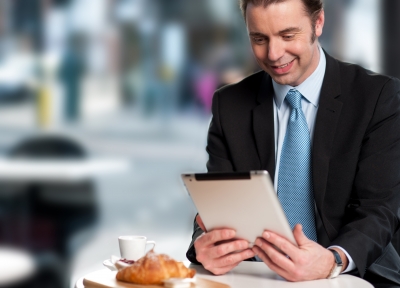 The political season in Canada has been very exciting and the turnout promises to deliver change. Justin Trudeau's Liberal Party of Canada won with a majority in the 338 Seat-Parliament. This marked an end to almost a decade of the Conservative government in Canada.

Although it may come as a surprise to American progressives, Trudeau is in favour of building a pipeline that will carry crude oil from Alberta oil sands to the U.S. Gulf Coast. This should see a flurry of activity in Alberta’s Energy, Oil & Gas industry.

Support for the Trans-Pacific Partnership (most likely)

The Trans-Pacific Partnership trade deal was reached before the Canadians voted. Although Tories praised the deal, the NDP opposed it and the Liberals were of the opinion that they would like to look at the fine print before stating their position.

Trudeau has often stated that his party is "resolutely pro-trade" and that he intents on making the case as prime minister that Canada has abundant resources and goods that can be shared with the world.

Navdeep Bains is now the minister of Innovation, Science, and Economic Development. This portfolio used to be called Industry but was renamed in order to reflect the new economy mission. Bains has stated that his goals include encouraging R&D and helping businesses scale up and go global. The urgent tasks on his list include:

Judging if Ottawa should be pouring money into the aerospace manufacturer Bombardier Inc. along with its C Series airliners,A plan to have federal support for the auto sector if Canada gives formal consent to the Trans-Pacific Partnership trade deal.Bain will support manufacturing

As per Bain, manufacturing is crucial to the Canadian economy. The sector represents 10 percent of Canada’s economy and provides 1.7 million jobs. "And there’s tremendous opportunities there," Bains said in a recent interview. Businesses, both small and medium, are dependent on the auto and aerospace sectors. The direct effect that this sector has on small and medium sized enterprises makes manufacturing an important and high paying sector.

Canada has lost many projects related to assembly-line to low wage areas like Mexico. As per Bains, attracting them is a challenge but he insists that labour costs are just a small part of the equation. He insists that Canada needs to answer important questions like:

Where does Canada stands in the global supply chain?Where does Canada position itself?What makes Canada so unique?What is Canada’s value-add proposition?Which sectors do we want to focus on?The new cabinet positions itself as pro-business and vows to take steps that would put Canada in the global limelight. Although, it remains to be seen how much of this will come to fruition.