Spousal Dishonesty: Is Your Ex Hiding His Money? 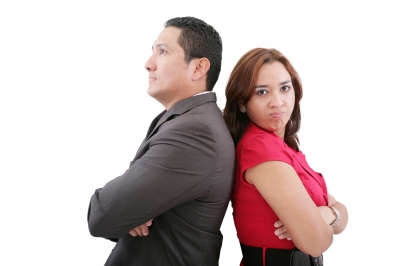 Divorce, they say, brings out the worst in people. In most cases, wives and husbands speak ill of their partners in their desire to make themselves look good despite everything that has transpired. In some occasions, spouses tend to hide assets to ensure that they get more than half out of the marriage. More and more clients realize that their spouse might have done the same thing to them while they were discussing the division of their assets during the divorce. Some say that they were surprised that they have reached a compromise with their spouses, and it’s not like them.

Experienced divorce lawyers speak of such suspicion as merely a hunch from the husband who feels he or she did not get the better half in the divorce. Disputes in financial security seem to motivate such suspicion, and when emotions get in the way, everything just becomes dirty. If you seriously want to back up your claim that your spouse in hiding his money, you and your lawyer should work together to consider how it could occur. Like a complaint in court, it must come with evidence.

When looking at hidden money of a spouse, there are two aspects that you should look into. The situation might fall under any of these two scenarios.

In your attempt to uncover hidden money through acquired personal assets, you might need to do the thorough personal research yourself. This scenario is easier said than done. You might need to talk with a few people from your past and doing so might reveal your intentions of why you are conducting such personal investigation. The risks are higher, but the results are so much closer to what is real.

• A spouse’s business interest might reveal more than you expect.

The husband’s business interest may it be in a form of investment in a family corporation, acquisition of property or even the unveiling of hidden bank accounts. Large one-time purchases are often suspicious because it might involve matrimonial money that was supposed to be part of the division of assets but was not declared honestly by the spouse.

It takes years to be able to pull-off hiding the money from the wife. The services of a lawyer and a forensic expert may be needed to uncover everything to make all your claims stand in court. The process, divorce lawyers advise against can be lengthy and not to mention expensive. At the end of the day, there might not be nothing there, and you might just have wasted a lot of money.

There is nothing or no one that could force you or your spouse to speak of the truth during the divorce. Lying is always possible to either the husband or the wife, especially in the absence of value for integrity.