Is it a Rip-Off? Is it Artistic Inspiration? It's Certainly a Legal Battle! 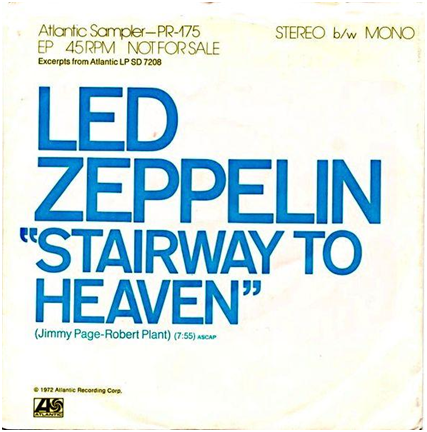 While music is an immensely creative work that requires tons of individual talent and dedication, not all works of music are as original as the others. It may still be easy to differentiate between a 100% original piece of music from an obviously unoriginal piece of music. But, doing so may be difficult when it's not so obvious. That's because there's this concept of artistic inspiration in music that muddies the waters a little. The infusion of certain elements of another artist's work may be acceptable, but there's a line to be drawn. When this line isn't drawn, we're venturing too close to the territory of copyright infringement. As you may be aware, when an artist copyrights their work, it can't be used by a third-party. Let us recall certain scandalous incidents of copyright infringement that shook the music world.

The Beatles' guitarist landed in a legal mess for what is perhaps his best-known song as a solo artist. Harrison was taken to court for 'My Sweet Lord' for plagiarising on a 1963 hit 'He's So Fine' by The Chiffons. IP lawyers don't mince their words when they say a copyright infringement can land you in a legal mess. Their warnings were validated as Harrison ended up losing all of his earning the song fetched him, alongside a share of earnings from his seminal 1970 album, 'All Things Must Pass'.

Zeppelin fans must be all too familiar with this story. ‘Stairway to Heaven’, perhaps the most famous of all rock songs, happens to have similarities with the 1968 Spirit song 'Taurus', which then, ultimately, resulted in a lawsuit on the grounds of copyright infringement. At the end of the court proceedings, Led Zeppelin emerged on the winning side. The initial copyright charge from Spirit's (deceased) guitarist Randy Wolfe claimed members of Led Zeppelin were fans of Spirit's music and attended their shows. There's definitely some artistic inspiration at play here. But, as they say, it's a fine line. In any case, Zeppelin's court victory validates the value of experienced legal representation by quality IP lawyers. Amidst reports that their lawyers wanted a whopping $800 thousand for the battle, we can't say that we're surprised.

The components of a song include its basic melody, its production techniques, its looping techniques, and its lyrical content. Cash was taken to court because his song ‘Folsom Prison Blues’ had several similarities with Gordon Jenkins’ classic ‘Crescent City Blues’. It was found that the song had similarities in terms of both melody and lyrics, and that’s certainly a case of copyright infringement. Cash eventually had to pay $75,000 for these similarities.Do you believe a third-party is stealing your original content? We can fight your IP battle if it’s copyrighted. If you want copyright protection for your original creations, contact our legal offices. We’re here to look after your interests.