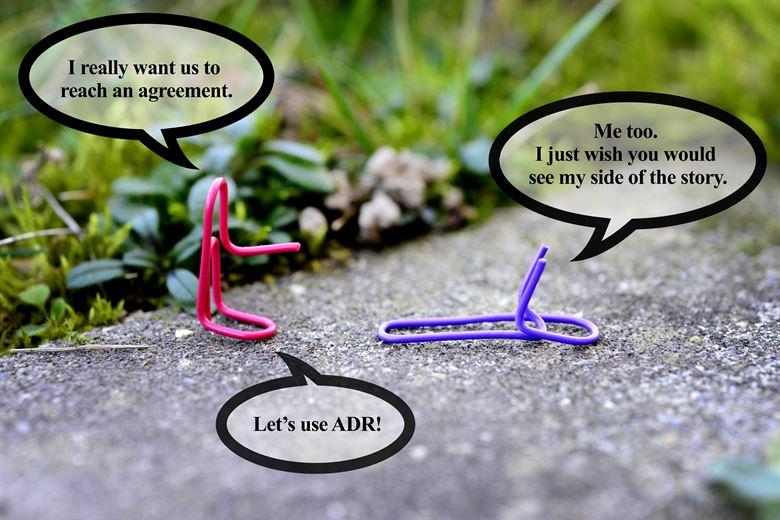 An intellectual property is not similar to traditional, tangible assets that we own. Intellectual Property (IP) usually includes (but is not exclusive to) copyrights, patents, and trademarks. There has been a noticeable surge in the scope and value of intellectual property in the recent times. Hence, it is not surprising to note that creators and involved entities are relentlessly working to protect their ownership rights.This rush to protect one’s own intellectual property has naturally led to an increase in the number of IP disputes, where multiple persons or entities stake their claim of ownership, or of contribution in the creation or development of a product or an idea. Intellectual property disputes are complicated and expensive legal procedures and most parties seek to resolve these dispute with ADR (Alternative Dispute Resolution).Here’s a closer look at the utility Alternative Dispute Resolution and why should you opt an attorney in Edmonton for the same:

Alternative Dispute Resolution refers to a legal process where two willing parties that are currently in a dispute, seek to resolve their conflict without a standard trial. Customary alternative dispute resolution processes include mediation, neutral evaluation, negotiation, conciliation, arbitration and the use of collaborative law. Most of these processes involve a neutral, detached, and objective assessment of the dispute. The nature of the dispute generally determines the type of ADR that should be used as a resolution method.

Traditional trials are stressful, public and expensive legal procedures, and hence, there has been an increased application of ADR as an alternative. ADRs are private in nature, as opposed to the public court hearings. Hence, entities can retain their privacy through its use. This is essential when the dispute involves sensitive data such as confidential information and trade secrets. ADRs are particularly useful in cases where disputed parties belong to two separate countries as a multi-jurisdictional litigation can be both expensive and complicated and ADR can resolve these conflicts amicably and efficiently.

How to Select the Appropriate Method?

The most common methods of ADR include:

Negotiation is a definitive pre-emptive action where the two parties attempt to make a settlement which benefits both of them. Legal representation is mostly preferred in these cases because of the experience attorneys in Edmonton bring in. A negotiation is particularly helpful when both parties are open to a conversation.

Mediation is one of the more popular types of ADR. During this procedure, a neutral third party agrees to mediate the negotiation process. The mediator is either appointed by the court or could be employed from a respected law firm. The mediator adopts a role similar to that of a judge and seeks to move the proceedings swiftly.

An arbitrator is generally appointed when the two parties fail to come to an agreeable solution. The arbitrator is essentially an expert in the particular field or industry which concerns the dispute. The two parties could decide beforehand if the arbitrator’s decision is binding or is subject to a further appeal.Most legal experts endorse the decision of going for an Alternative Dispute Resolution instead of a court hearing, given it is executed the right way i.e. with adequate legal representation. Prowse Chowne, a reputable law firm which comes with relevant expertise and experience of representing such parties in dispute and more than qualifies as an adequate legal representation for the same.