Questions Being Asked on TPP 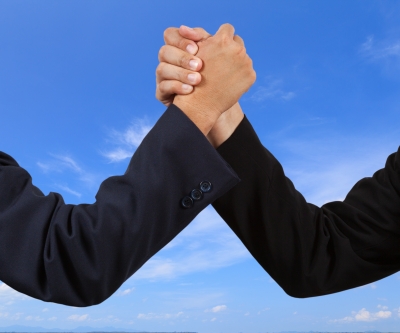 The Trans-Pacific Partnership or TPP has been an ongoing topic of debate. There are detractors on both sides of the debate, asking whether an international agreement like this has been done in an open and transparent way or whether it has been done behind closed doors, at the expense of national interest and with the aim of pleasing multinational corporations. Let’s take an unbiased look.

The Trans-Pacific Partnership (TPP) can be considered as one of the most ambitious free trade agreements ever attempted. The agreement is very similar to the TTIP, which is a proposed agreement between the US and EU. The TPP agreement will succeed the Trans-Pacific Strategic Economic Partnership Agreement or TPSEP, which was signed by Singapore, New Zealand, Chile and Brunei in the year 2005. Many other countries gradually started entering the discussion with the intention of further liberalising their trade in the pacific area. The discussions were joined by US, Australia, Vietnam and Peru in 2008, while Malaysia came into the discussion in 2010, with Canada and Mexico in 2012, and subsequently Japan in 2013.

The goal of TPP is an ambitious one, as it aims to promote trade, investment, economic growth, job creation, development and innovation. It aims to achieve all of this through the collaboration of the signing countries. Although the goal was to conclude the negotiations in 2012, due to various discrepancies in views regarding intellectual property, agriculture and services among others, the deadline couldn’t be reached and the TPP talks are still ongoing.

While supporters of the agreement bill it as the pathway using which countries can unlock future growth, critics continue to be vociferous.

What does it do?

The agreement will reduce or, in many cases, eliminate the barrier for an array of Canadian exports to several countries and most notably Japan. This will be applied to everything from machines to canola, beef and pork, minerals, forestry products and seafood. This agreement will also allow up to 3.25 per cent more foreign dairy into Canada, along with more foreign car parts into North America without tariffs. This agreement will also lead to creation of new rules for the digital economy, which include restricting governments' rights to shut off data flows.

Why is it important?

In many ways, the agreement will bring the economies of fast developing regions into an American sphere of influence. It will effectively set trade standards that are new in China's backyard. The agreement will also set precedents for future agreements, which will include involving China and its state-owned-enterprises. Not only will this agreement increase trade, but will also establish unique rules for the 21st-century economy, which is based on cloud-computing.

So what's the problem?

The agreement will effectively expose middle-class workers to low-cost competition from foreign labour. Its impact will most notably be in the auto sector. The agreement also threatens to cut into the profits on dairy farms, although the Canadian government has promised a multibillion-dollar 10-year program, which will protect revenues of current farms. The decisions made by the government can easily be overturned as they are in NAFTA, if companies sue over democratically adopted laws.

Status of the deal?

The deal still needs to be be ratified in national parliaments, including Canada's parliament.

Does this end NAFTA?

The North American Free Trade Agreement will continue to exist with TPP. As far as areas of conflict are concerned, the newer one will usually prevail.