New Rules For Exporting Produce To The US

The horticultural industry leaders of Canada are poring over documents that have been issued by the United States Food and Drug Administration, outlining new food safety requirements for American growers and businesses shipping produce to the United States. 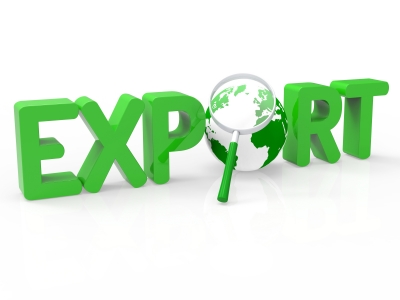 The horticultural industry leaders of Canada are poring over documents that have been issued by the United States Food and Drug Administration, outlining new food safety requirements for American growers and businesses shipping produce to the United States.

The new rules will impact Canadian and especially Ontario growers who are exporting produce to the United States as the American Food Safety Modernization Act is slated to take effect on January 26, 2016.

Three new set of rules were released by the American Food and Drug Administration (FDA) on November 13. These rules include:

the produce rule governing growing, harvesting, packing and holding of produce;foreign supplier verification andaccreditation of third-party auditors and certification bodies.Companies, along with farmers in the states and those who will be exporting to the United States, will be given time to meet the new requirements.

The rules in many ways will have a significant impact on produce businesses. It will affect how businesses operate on a daily basis. The rules will also be setting some definitive regulatory compliance expectations for businesses that are regulated by FDA (Food and Drug Administration).

For the very small farms, US $25,000 to $250,000 in sales annually, will have four years to comply with the rules overall and six years for the water rules.

Heather Gale, executive director of CanadaGAP, the Canadian food safety program for the fresh fruit and vegetable sector, stated that the new U.S. rules will be reviewed and compared to the requirements in Canada’s program. The program’s analysis will be published on the website sometime in the new year.

The basic idea would be to identify and understand any gaps that might be between what Canadian growers are already doing for CanadaGAP and what they are expected to do in compliance with U.S produce rule.

The new law won’t cause any major problems

Both the countries’ food safety rules are comparable, hence Canadian growers who will be exporting to the United States might not have to do too much more than what they were already doing as part of CanadaGAP. It might be possible that they will need an addendum to the CanadaGAP audit to demonstrate that they are meeting the FDA requirements.

However, there will be some exemptions, which include

Produce that is rarely eaten in its raw formFarms with a produce sale of less than US $25,000 a year.A qualified exemption for farmers who will be mainly selling directly to customers.There are also modified requirements for growers whose produce will be going towards commercial processing. For instance, tomatoes for canning or paste production.

Another aspect of the American package of new food safety rules is the Foreign Supplier Verification Program. The program specifies that importers will be required to verify food that is imported into the United States and the food that has been produced to the standards that are required by the U.S. producers.

There are also requirements that require accreditation of third-party auditors along with certification bodies to do food safety audits and issue certification. The main aim of this regulation is to establish a comprehensive, credible and reliable program of oversight based on the audits of third party.

The two countries will be working together to align Canadian food safety requirements in the Safe Food for Canadians Act regulations, which in still in development, with those in the new American Food Safety Modernization Act.

To understand the Canadian food safety requirements better and to get deeper insight into related compliances, get in touch with Prowse Chowne.