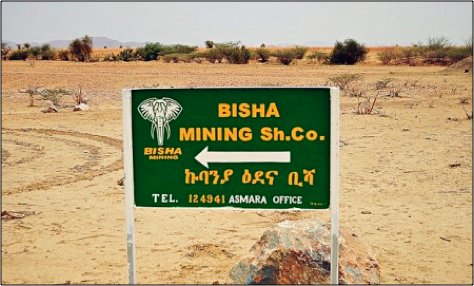 Canada’s mining industry is so vast and far-reaching that certain violations of regulations are bound to occur. The effects of trivial violations are manageable, but what about the big ones? The country’s mining companies have come under fire in recent years for major violations in developing countries. Learn from these incidents so that your own company doesn’t make the same mistakes.

The Prospectors and Developers Association of Canada (PDAC) commissioned a report in 2009 which showed that Canadian mining companies are the highest violators of Corporate Social Responsibility (CSR). Of the 171 major CSR violations the report covered, 63% are connected to organisations from just 5 countries, including Canada. Canadian companies had the highest number of incidents, more than 4 times as many as the country next in line, Australia. The report stated that, "Canadian companies are more likely to be engaged in community conflict, environmental and unethical behaviour..."

This report was never released to the public, and only came to light due to a leak. And despite the regrettable facts it uncovers, Bill C-300 (An Act Respecting Corporate Accountability for Mining, Oil and Gas Corporations in Developing Countries) was not passed by the Parliament. This Bill, if passed, would have ensured that bad corporate behaviour from Canadian mining companies is checked.

Water bodies from where drinking water is sourced, or which bears fish, need to be protected from toxic mining effluents. MMER provides strict legislation for this, and penalises violators. One such incident was seen in June 2015, when the Iron Ore Company of Canada was found to have violated the Fisheries Act under MMER. The effluent was released into Luce Lake in Labrador City.

The company pleaded guilty in Newfoundland and Labrador Provincial Court and was fined $ 30,000, of which $ 15,000 was to be paid as a fine and $ 15,000 to the Environmental Damages Fund (EDF), which is managed by Environment Canada. The company’s name will be added in the Environmental Offenders Registry.

1,000 Canadian mining companies operate 4,300 different projects in more than 100 countries across the world. In such a global position, controversies are bound to happen, but violations of human rights are something that should be diligently avoided. Yet, Canadian mining companies have been implicated in atrocious violations, like rape and murder, in the developing world. For example, HudBay Minerals Inc., operating in Guatemala, is being taken to court by Guatemalan complainants for human rights abuses.

Another instance is when Human Rights Watch (HRW) released a report in January 2013 which indicated that Nevsun was complicit in forced labour and terrible work conditions at its mine Bisha in Eritrea. Workers complained that the food was inadequate and the housing was unsafe. One man even claimed that he was imprisoned because he left the site for a funeral.

Cases like this raise the question of why the Government of Canada is not enforcing legislation on its mining sector. Turning a blind eye has already had devastating consequences. Even though Bill C-300 was a promise that remains unfulfilled, some kind of legislation that can hold mining companies responsible is urgently needed.

How can we ensure that Canadian tax dollars are not wasted in illegal and unethical behaviour? If you’ve got any bright ideas, comment and start a conversation.