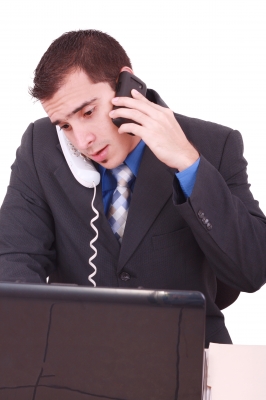 In the recent decision related to Ross v IBM Canada Limited, 2015 ABQB 563, the Alberta Court of Queen's Bench upheld the termination of employment, which was with respect to an employee who was caught working for his personal business on company time. As per the court, the employee’s actions in such circumstances amounted to a serious and repeated breach of the company’s guidelines. The court concluded that in this particular case, the employer was justified in summarily dismissing the employee as a result.

Facts of the case

The case facts state that D'Arcy Ross was hired by IBM as a full-time senior salesperson and was provided with a full time substantial annual salary. The nature of his position required him to spend most of his time away from the office. With this being the case, he was a mobile and autonomous employee. During the hiring process itself, Ross informed IBM about him being the president and co-owner of a personal business. He assured his future employer that he would be transferring all his operational activities for that business to his wife upon starting to work with IBM. The condition for Ross's employment was that he understands and abides by IBM's conduct guidelines, where there were clear restrictions with respect to using IBM assets and performing non-IBM work on company time.

But, Ross continued working for his personal business after IBM hired him, and he did not inform IBM about it. In January, Ross cancelled a weekly telephone meeting with his supervisor as he was double booking another appointment. Ross pocket dialled his supervisor twice, who overheard Ross’s conversation regarding the work he was conducting for his personal business. Ross later admitted that he was still working for his business only for a limited number of hours per week. In the coming days, his employment was terminated for cause.

Before going ahead with the analysis, the Court reiterated the test for what constitutes just cause. The court stated that whether an employer was having just cause to terminate an employee's employment will usually depend upon the particular facts and circumstances of the case. The court must also consider the seriousness and the nature of the misconduct in question, which will allow the court to assess whether the employment relationship can continue. In cases where the misconduct goes to the very core employment, the court might warrant dismissal for just cause.

The court took into account a number of different factors as well as considerations when looking into Ross’s termination of employment. The court concluded that IBM was right about terminating Ross's employment.

The reasons for the court's decision were plain and simple.

It was a reasonable expectation by IBM for Ross to devote all his time and attention to the interests of IBM, especially given his significant overall remuneration package.

The 'pocket dial' meeting incident was not an isolated one. It was Ross himself who admitted to spending almost 3-4 hours per week working on his personal business.

IBM has very clear and comprehensive conduct guidelines in place using which they cover the very situation that became the issue in this case. However, Ross was of the opinion that since his business belongs to a completely different industry, he was not flouting any guidelines. The Court commented that he could and should have made inquiries with the human resources department of IBM if he was facing any questions or difficulties.

The sheer inability of Ross to understand why IBM is entitled to compliance of its guidelines suggested to the Court that Ross would be very unlikely to change his attitude moving forward.

Due to the inherent seriousness of this particular misconduct, IBM was not expected to give Ross a warning and a chance to improve his conduct. Also, Ross was a senior employee, mobile and autonomous. The employment relationship with IBM was rooted in an 'honour system'. What Ross did was a misconduct and among other things, deceitful. Hence, it was reasonable for IBM to conclude that the employment relationship was far from being repaired.

The key takeaway points for employers that stem from this decision are:

As an employer, it is your job to ensure that the employees are provided with the name of a contact person or department in case they have any questions related to the application of the policy. Any Employee who is suspected of a breach should be put on notice that any breach can lead to disciplinary action and can also result in the termination of the employee.

If you want any help with the drafting of policies and guidelines for you company or would like to understand your responsibilities as an employer in Canada in greater detail, then get in touch with Prowse Chowne.