What is The Law of Negligence? 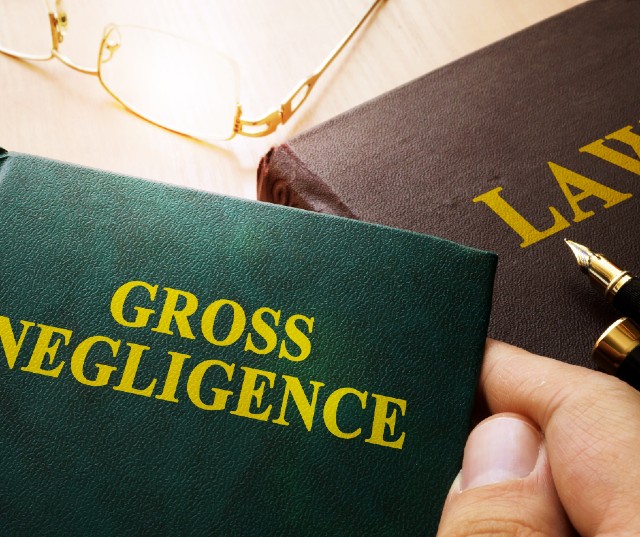 Negligence is a concept in Tort Law, the branch of law meant to provide recourse for civil wrongs. The word itself originates from the Latin word "tortum," which means "twisted or crooked." Tort law in Canada can further be classified into intentional and unintentional torts.

Negligence is a type of unintentional tort. A person's actions can be considered negligent towards another person when the actor has not taken the minimum care that a reasonable person would take in a similar situation. The meaning of "reasonable" depends on the situation. For a claim to be successfully made, the person bringing the claim, also known as a plaintiff, must demonstrate a connection between the injury caused and the act of negligence. The evidence must establish the defendant's alleged negligent behaviour. Medical malpractice, workplace accidents, and dog bites are all examples of situations where someone may have been negligent.

The following are the elements that must be proved for claiming damages:

A duty of care exists - an essential element while claiming damages is to prove that a relationship existed between the plaintiff and the defendant. Furthermore, the defendant must have owed a duty to act responsibly towards the plaintiff.

There has been a breach of the duty - The person who holds the duty of care must have breached this duty. An example of it could be somebody driving rashly and causing accidents while they owe a duty to society to follow the traffic rules. Breaking traffic rules and failing to stop at a red light causing an injury could be considered a breach as the driver has not acted reasonably. Furthermore, in a similar situation, a reasonable person would understand the consequences of their actions.

The link between cause and effect - One must be able to prove the causal link between the action and the damage caused. The damage caused must be a clear outcome of the negligent act done by the defendant or the foreseeable consequence of the act. If the allegedly negligent action is not a clear or proximate cause of the harm suffered, the claim is unlikely to succeed.

Finally, damages – The damages claimed must be reasonable and must be proportional to the injury caused.  In the event that both parties acted negligently, then the amount of damages paid will be in accordance with the extent of the harm caused by one party to another.

Any time someone takes action that puts others at unreasonable risk, that could constitute negligence. The law of negligence is one of the keystones of tort liability. Negligence is a significant factor in most personal injury and property damage actions.

Are you looking for a litigation law firm in Edmonton for legal assistance concerning a personal injury claim case? Prowse Chowne is a law firm that offers legal services regarding disputes, business litigation, corporate services, employment law, and more. Get in touch with us today to book a consultation!