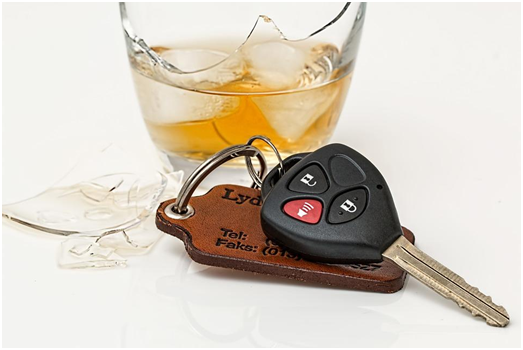 With reforms to Bill C-46, Canada’s impaired driving laws are set to change in the near future. Drivers should brace themselves not because winter is (eventually) coming, but because these new changes to the driving laws have been called "tremendous" and "controversial". And, drug-impaired and alcohol-impaired driving can prove to be dangerous as the police now have superior means to detect these substances. Furthermore, the police can also pose tremendous impaired driving penalties to those who attempt to drive whilst they ought not to. Let’s move on to everything that you should know about these reforms.

Earlier, the police needed a reasonable basis of suspicion to subject a driver to a breath test. But, starting December 2018, that will no longer remain the case as the police will have authority to subject any driver to a roadside breath test without reasonable suspicion that the driver has consumed alcohol. The part of the law that provoked debate is that the driver has no grounds to refuse the breath testing without suffering heavy fines that are almost equal in scope to a fine for impaired driving penalty. Another cause of concern was that the law directly contradicts the premise of ‘unreasonable searching’.

The Canadian police force is now empowered with roadside screening devices, which they can employ to conduct a saliva test if they have reasonable cause for suspicion. What’s the utility of the saliva testing? The saliva testing is an excellent means to catch any presence of hard drugs such as methamphetamine, cannabis, and cocaine. Canadians can expect this in a few months as the devices that will conduct these tests are currently being analysed by the National Research Council.

Now that the Canadian Senate has legalised the use of recreational marijuana, this was bound to happen. The Canadian police can conduct a blood test to get an estimate of the THC levels in your body. Naturally, there’s a "per se" limit that is applicable, but even significantly lower THC levels (roughly between 2ng and 5ng) can lead to a fine that might touch a thousand dollars. Higher THC levels can lead to greater impaired driving penalties additional to the standard thousand dollar fine. Repeat offences can lead to imprisonment for a period of 30 days (2nd offence) and 120 days (3rd offence).

While some critics of the bill believe the punishments marked out are harsh, it must be said that the premise of the reforms isn’t entirely misguided when we consider the upcoming legalisation of recreational marijuana. If you have concerns regarding your rights under such circumstances, feel free to contact our legal team for additional clarification regarding impaired driving penalties in the aftermath of reforms to Bill C-46.