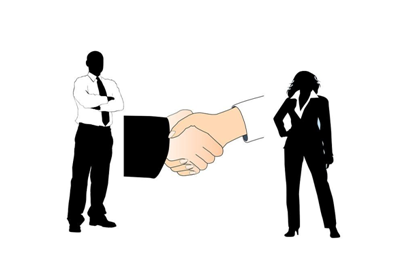 A partnership has several benefits (namely additional capital, additional brainpower, etc.) and a partnership has several disadvantages. But, no disadvantage is greater than that of a dispute. Partnership disputes can arise because of a difference in opinion, conflict of interest, or incompatible working styles. And, oftentimes, this dispute can escalate into a legal dispute and can even threaten the breakup of the partnership. What you should do about the dispute primarily depends on the stage of the dispute and the extensiveness of the dispute. And, we have modelled our tips on the basis of how bad the dispute is.

Stage I: Enter into a Discussion

If the dispute isn’t as severe just yet and if the dispute hasn’t escalated into a legal one, we think there’s still hope. We believe it’s worthwhile to enter into an honest discussion to retain the partnership if possible. It’s important to understand the perspective of the other partner before you’re ready to make a conclusion. A partnership dispute can be easily solved if two partners are willing to salvage what they have a profitable venture together.

Stage II: Put an End to It

When it becomes difficult to untangle the partnership without escalating the conflict further, it’s advisable to bring in the lawyer for some legal advice. The greater the intensity of the partnership dispute, the greater is the need for legal advice. Partnership disputes can get really ugly; there have been instances where a partner hasn’t refrained from damaging the business they have contributed to building. You need a lawyer to help you get a court injunction to prevent that from happening.

Your lawyer may invariably end up recommending ADR or Alternative Dispute Resolution when things are getting out of hand. The common ADR methods are arbitration, negotiation (which most likely won’t work out), and mediation. Why mediation is more likely to work as a solution is because mediation involves inviting a third-party into the fold to sit through for the round of negotiation. Both parties would have their chance to present their side of the story. And, in the end, the unbiased, objective conclusion of a mediator is more likely to be acceptable to both parties in the midst of their ongoing dispute.

Partnership resolution is no rocket science. After all, it is simply about reaching an amicable solution for two or more conflicting partners. It is highly recommended to get legal help in a situation like this, where the ramifications of an escalated dispute are so severe. Contact us to consult with our legal experts.