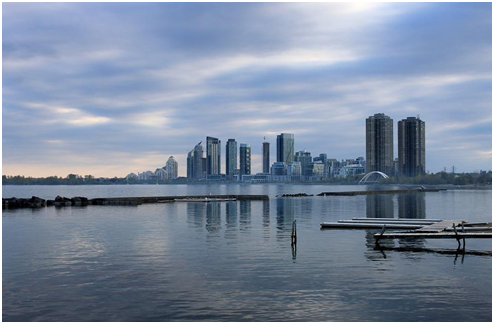 Most of our posts are written about the commonplace legal themes and subjects that concerns the daily lives of thousands of Canadians. It can concern a dispute amongst quarrelling business partners that needs an alternative dispute resolution or it can be for the passing over of an estate from one member of the family to the other with estate planning. In some cases, it can be for the guidance that you need in the event of a personal injury that you’ve suffered as a result of negligence. This post concerns none of that. For a change, we give you a chance to read through a relatively light-hearted post – one concerning strange Canadian laws that we bet you didn’t know existed.

Don’t Spare too Much Change

If you’ve opened your vault and if you notice you have hundreds of dollars’ worth in coin, it might be tempting for you to get rid of it in a hurry. Although that’s a tempting idea, you can’t really make such large payments in coin. Canada’s Currency Act prohibits you from hatching such a scheme as it imposes a restriction to the number of coins you can legally use to make a purchase. If it’s an all-nickel purchase, you are limited to $5; and you’re limited to $25 if you decide to go for the loonie way.

Don’t Go for a Swim

In what qualifies as a weird criminal law, you can’t really go for a leisurely swim in the Toronto Lake. As things currently stand, you can’t go swimming in an area that has not been officially designated as a "swimming area" by the City of Toronto. There has been a lot of fluctuation in the legality that has concerned the Toronto Harbour. Historically, skinny dipping wasn’t taken kindly by the cops. But, now there’s a designated nude beach that has more tolerance for your skimpier outfits.

Don’t Let Your Kids Out

Alberta really cares about quality parenting. And, they have taken things in their own hand to make sure the standards don’t dip. In St. Paul, Alberta, it’s illegal for kids under the age of 15 to roam about on their own past midnight until the break of dawn. Parental supervision is compulsory at all times for those who soak in the fresh nighttime frost.

If you’re planning to move that bottle of gin from Alberta across the provincial border into British Columbia, reconsider your decision or you might just need legal help. You see, according to the Intoxicating Liquors Act, it’s illegal to move any bottle of alcohol (except for wine) without the prior permission of the provincial liquor control board. It’s comical how a law from the Prohibition era has a bearing on our modern lives. But, that’s exactly the kind of thing these weird criminal laws are made of.

Now, it’s unlikely that you’re going to need legal help for one of these obscure, weird criminal laws. But, we’re here to offer our entire range of services to ensure your legal concerns are addressed. Contact us to get legally represented.