In Focus: Understanding the Controversy that Surrounds Bill C-16 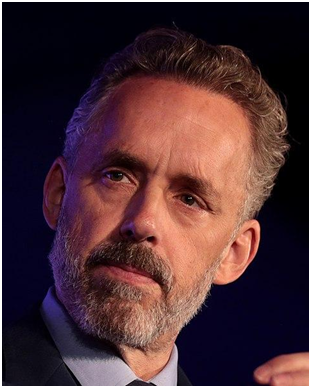 There’s a high likelihood that you’ve heard the issue of compelled speech surrounding the highly controversial Bill C-16. The bill has much to do with the rights of those with diverse gender identities and gender expressions. If you’re unfamiliar with these terms and wish to understand more about the bill in question, we highly recommend reading our previous write-up that elaborated these terms, alongside the nature of the bill and its scope.

The issue of gender identity and gender expression is just as crucial as the issue of free speech. Just to clarify, the aim of the post is not political commentary, it is simply to elaborate more on your rights in the aftermath of the passing of the Bill C-16 and the concern of compelled speech. Considering the fact that so many misconceptions surround the bill, it’s important to gain some clarity on the subject.

The use of gender pronouns is of absolute importance to those who belong to the gender non-binary (transgender, genderqueer, gender-fluid, and other third gender categories), as the way they’re addressed is central to their identity in this world. And, because the pronouns ‘he’ and ‘she’ don’t accommodate the personal identities of those who have diverse gender identities and expressions, the community created other pronouns that can be used as a replacement to the standard ‘he’ and ‘she’.

The problem with the usage of the above-mentioned pronouns, in the opinion of some free speech advocates, is that of compelled speech. Dr Jordan Peterson, a famous academic, clearly set forth his reservations with the bill in question in the Senate hearing on Bill C-16. To paraphrase Dr Peterson, the necessity to utter certain predetermined pronouns is a precedent that can handicap free speech because the legislation is about what must be said, instead of what cannot be said (with reference to standard hate-speech clauses). Furthermore, Peterson also had an issue with the narrowly defined terms such as ‘harassment’ as it is defined by the human rights tribunals.

While misgendering someone and not using their preferred pronouns because of ignorance of their gender identity doesn’t qualify as harassment per se, those who use the ‘wrong pronouns’ deliberately and repeatedly even after being corrected beforehand might constitute to harassment. This is enforced on an administrative level by the Human Rights Commission and Tribunal.

On the other side of the spectrum, it is believed that Bill C-16 doesn’t do enough to protect the rights of the transgender community. In any case, the Bill remains a greatly debated issue and we can expect further commentary on the same across the political spectrum. If you have further questions about your rights as a member of the genderqueer or transgender community or about the evolving nature of speech, contact our legal team at Prowse Chowne. Needless to say, we extend our legal services to those who are staring at the prospect of a legal dispute.