Five Types of Patents Businesses can Apply For 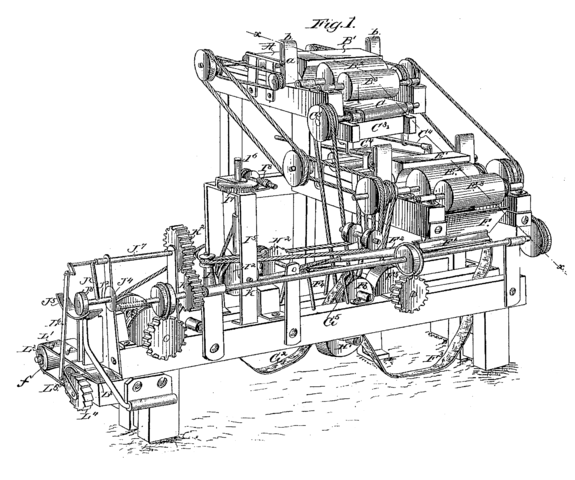 Inventions are made to break old patterns and find improved ways of functioning. They are usually a product of relentless time, effort and intelligence of either one person or a group of people. Businesses also invest a great deal of resources in creating ground-breaking innovations and newer technologies. An evident example of this is the PlayStation, a novel invention by Ken Kutaragi, a Sony executive, that took the world by storm. This technology was subsequently patented and sold by Sony.

There are numerous such inventions which were patented by companies that have defined their stance in the market. If your company is also on its way to creating creative technological inventions, then you ought to know the types of inventions that can be patented in Canada. Before you hire your patent agent, take a look at the five types of patents:

According to the Intellectual Property (IP) Law of Canada, your invention can be:

If your invention is a product, which is unique and fulfills the three main criteria for patenting -novelty, utility and inventiveness - then it can be patented. To elaborate further, a patentable product can also be a device, for example, the medicine ball. As a business owner, you need to act fast and get your invention patented before anyone else does to provide a leg up during commercialization for your IP.

Peanut butter is a popular Canadian patent. Initially, it was merely a paste of ground peanuts but these days there are various compositions of peanut butter available in the market. Some of them include honey, chocolate and jelly which is mixed into the peanut butter solution. These additions can be considered as improvisations of the existing patent but are standalone patents in the US. Similarly, unique chemical combinations can also be considered as compositions and registered under this category of patents.

If your company has created a unique machine, then it can be considered patentable subject matter. For example, the machine for making door locks and a machine for manufacturing sheet metal are unique inventions which have a distinct identity in the market. Hence, these products of innovation fall under an ascertained type of patents.

The method of sugar coating on an irregular shaped confection is patented by Hershey’s for their product, ‘Kisses’. There are various other processes and methods which are patented by companies as it protects their invention from being infringed.

5) An improvement on Any of the Above

Most inventions fall into this category. Companies and renowned innovators take inspiration from existing innovations and come up with useful and unique improvements for the same. The improved version of these patents become a whole new process by itself and can be patented as an improved version of existing machines and compositions.

If you are planning on patenting a potential invention for your business, then you may want to consult a patent agent. Get in touch with our associates at Prowse Chowne LLP to commercialize your IP today.