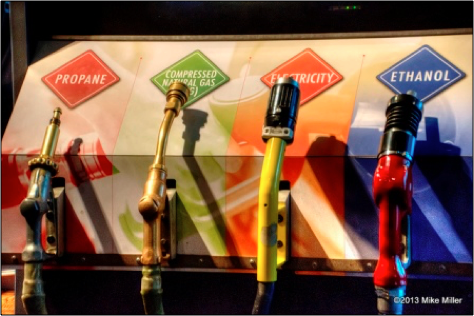 Energy resources run through the veins of every operation and project. You need to make sure you have a clear understanding of some of the major laws and regulations in place to control the use of energy resources. If any compliance issues or violations crop up, you should at least have an idea as to why or how it happened.

The Alternative Fuels Act was passed in 1995 as a result of the country's commitment to control the emission of greenhouse gases like carbon dioxide. The Act seeks to increase the use of alternative transportation fuels (ATF) in motor vehicles. The point is to lessen the dependence on petroleum-based fuels that have a negative impact on the environment. ATFs include ethanol, methanol, propane gas, natural gas, hydrogen, or even electricity. These should be used as a source of direct propulsion energy.

Oil and gas rights in Canada are federally owned - they can only be leased by exploration and processing companies. The Canada Petroleum Resources Act, passed in 1985, governs the leases of oil and gas rights. The federal government needs to give permission for any oil and gas exploration on 'frontier lands', which includes the 'territorial sea' (12 nautical miles beyond the outer coastline) and the 'continental shelf' (beyond the territorial sea). This Act gives the federal government an opportunity to protect the environment from exploitation and contamination.

The Nuclear Safety and Control Act (NSCA) replaced the Atomic Energy Control Act, 1946. The new Act, which was passed in 1997, lays down more explicit and strict legislation regarding the activities of the nuclear industry in Canada. It ensures that consistent international and national standards are applied to the production, possession and use of nuclear substances.

While it welcomes investments and operations, Canada is a country that has a tight grip on its natural resources, and is committed to ensuring they are not exploited or depleted.