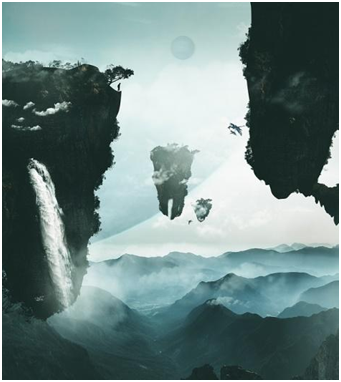 Interns Eric and Alexander filed suit against Fox Entertainment for the lack of credit and pay they received for their work. Eric and Alexander - who worked for accounting and production departments, respectively - claimed to have worked extensively in excess of 40 hours a week for extended periods of 1 year and 95 days respectively. While Judge William Pauley decided that the interns are entitled to a payment, the decision was reversed by the federal appeals court on the grounds that the internship was a means to earn knowledge, as opposed to earning money per se. The issue hits right at the heart of the minimum wage debate, which clearly relates to employment law. For those interested – Eric and Alexander were paid $7,500 and $6,000 respectively for their share of work at the end of the settlement, which Fox claimed as a resounding win.

Four years after the release of the 3D sensation, Avatar, William Roger Dean filed suit against James Cameron and Co. on the grounds of copyright infringement. According to William’s original claim, several elements that were originally used in the movie were seemingly borrowed from his books Dragon’s Dream, Magnetic Storm, and Views. These borrowed elements include, but are not limited to, the design of the alien planet of Pandora, its floating islands and the design of the creatures native to Pandora. James Cameron prevailed in the 50 million dollar lawsuit when the judge found no substantial similarities between the two works.

Hangover II wasn’t in trouble for stealing the storyline, it was merely in trouble for infringing on a tattoo that was specially designed for Mike Tyson! No, in all seriousness, the film had a scene where Ed Helms woke up with what was a replica of Mike Tyson’s tattoo, which was originally designed by plaintiff S. Victor Whitmill. The lawsuit against S. Victor Whitmill was for copyright infringement, where the tattoo acts as the abstract element that was unfairly used by Warner Bros. Whitmill ended up on the winning side as Warner Bros. privately agreed to settle for an undisclosed amount. Ah, the beauty of alternative dispute resolution.

The world of copyright and copyright battle is harsh and unpredictable. All you can do is to improve your chances of being successful by relying on the expertise of a reputed law firm. Contact us to learn more about our services.