Divorce Settlement : What Considerations Do You Have To Make? 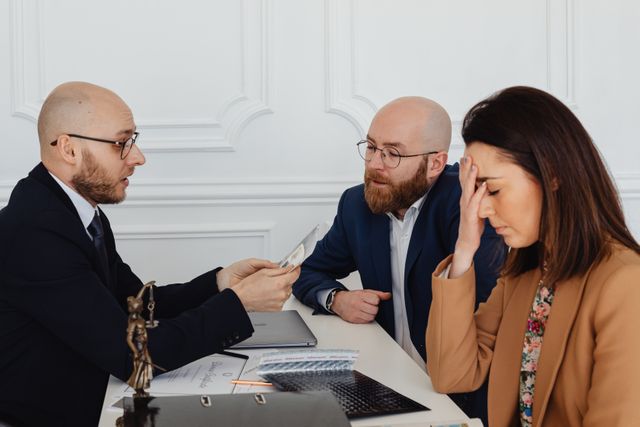 When you’re in the middle of a nasty divorce process, all that you could think of is how you can get it over and done with. This is one of the bad mistakes that most spouses make during the divorce. Even if it looks like everything has been divided equally and it seems like you have gotten your fair share in everything, you may not be getting a good deal. You won’t really know unless you look carefully into what is put on the table.

Whatever your reason may be for filing for divorce, here are some of the things that you need to be careful of before deciding to settle. Following these can significantly improve your situation if not entirely avoid financial difficulty later on:

• Learn more about the value of the assets before deciding.

It is important that you have a thorough knowledge of the liquidity of the property you and your spouse have accumulated. It is only then when you would be able to decide honestly which ones you would like to keep and which ones you can willingly let go of. In the decision making, make sure to consult with your divorce lawyer. They know the importance of looking at the value of the property now and in the future as well as the tax implications that may come when you decide to keep it.

• Compute the taxes before you agree to maintain the property.

Deciding to keep a property just to hurt your former spouse is not going to take you anywhere. In fact, it may only give you temporary happiness and contentment, but in the long run, it might cost you more than you are prepared for. Allow your lawyer to step in and compute the taxes that come with the properties you chose to keep. Your divorce lawyer may just have a few ideas you can work on that could hit two birds with one stone.

When considering to settle, it is highly important that you know the rules governing the retirement accounts that couple set aside for their future needs. Knowing the details of the retirement account and how you can tap into it even after the divorce should help you keep yourself financially well-off today and in the future. A significant portion of the settlement value relies on the retirement package, and even this is taxable.

Every year, the number of couples who file for divorce increases significantly. However, the real tragedy concerns the financial devastation that these couples have to suffer from to learn their lesson. All too often, couples approach the separation of assets and liabilities with an attitude that they will later on regret. Because they opted not to go down the nitty gritty details of the division and simply take whatever was offered to them as a settlement, they could blame nobody but themselves for the financial suffering they find themselves in a few years later after the divorce.