Divorce During Recession: Can You Survive It? 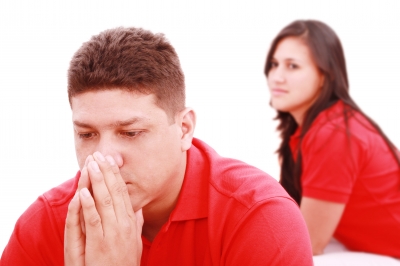 Is applying for divorce while the economy is in recession a good idea? How will the poor economic times change the way you think about the relationship? Is divorce the only option you have left, considering that now may be a difficult time to survive it due to the economic recession?

As if the emotional burden that couples deal with in the marriage isn’t enough that they also have to deal with a lot of financial issues because of the choices they made in the past. Today, many couples feel trapped in the relationship because it seems impossible to go through a divorce without losing valuable money in the process. And with the current economic recession that the country is facing, it seems like there’s nothing left for couples to do than to stick it out with each other.

The division to pursue the filing for divorce may not need to be an NO for you despite the economic situation you may find yourself in. Especially for men, financial stability plays a huge role in the decision making and deciding for divorce is no different. Couples may end up staying in the same house even after the divorce because of financial constraints. Getting only half of what you usually get may not be enough to make ends meet. In circumstances like this, it is best to have a divorce lawyer who can help plan out your financial stability after the divorce.

With the recession came the low cost of housing; thus it may not be a good time for couples to put their house on sale. Perhaps waiting for six months to a year may not be the ideal set-up, but it’s the best option there is. What kind of environment will the kids grow up in if you continue to live with your spouse even after the divorce? A compromise might be the key. It doesn’t have to be too difficult if only parents would put their kids' needs and feelings first before their own. Living in the same house may be the most practical option even after divorce in the middle of a recession.

Money plays a huge role in the decision making of couples, especially those in the midst of a divorce. The decision to end the marriage while the economy is at its most vulnerable can put a lot of couples at risk. Should a spouse deal with the emotional baggage that comes with living with a former partner? Perhaps the real question is whether or not he or she can afford it.