Dating And Divorce: Is It Possible? 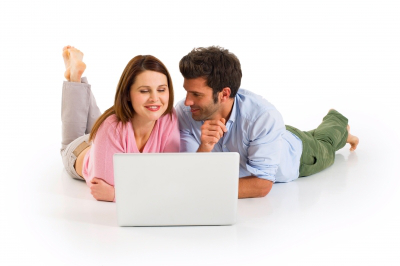 Are you trying to move on from the past relationship that broke your heart? It is every person’s dream to find their one true love. Those who have seen themselves in the middle of a nasty divorce could not help but wonder if there is still someone out there waiting for to sweep them off their feet and offer them a lifetime of forever. And yet when you’re trying to move on, but the divorce is not yet final, it is a good idea to date while the divorce is still going on?

Couples who went through the divorce process without entertaining any new love usually end up with the better relationship after. Perhaps at some point, these couples realize that the differences that they could not settle are something that they would just have to live with. The finality of the divorce allows them to move quickly on from the unhappy marriage and stay friends or at least become civil to each other for the sake of the kids.

Whenever divorce lawyers can, they advise their clients to stay away from any new romance while the divorce decision is to become final. Settlement of issues can best be made between the two couples, without the other one hurting because the other has already moved on with a new found love. Sadly, when couples could not agree on something without meetings escalating into huge fights, the court intervenes and decides for them. Usually, it is not the outcome that they want, but it is something that they have to deal with.

If it seems you cannot give up the new found romance, it is best to be discreet about it. Refrain from posting any new photos with the new person in your life to keep your ex from using it as grounds to require you to pay higher child support. Avoid going out in public to places where you and your former spouse use to go. There are many things you can do to prevent conflict between your new love and your ex. You have to make sure that you keep the flame away from the eye of the court or suffer the consequences that it may come with.

Divorce lawyers consider dating during the divorce as one of the biggest mistakes that couples make. Bringing a new boyfriend or girlfriend to a mediation can affect the negotiations significantly. Although for those spouses who have become victims of domestic violence, divorce lawyers understand how important it is for them as individuals to find someone new who will be there to provide emotional and moral support. However, the existence of new partners can make any divorce negotiation sour.