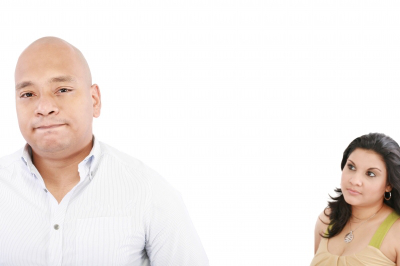 Why do lovely couples end in divorce? Those who are mere spectators to the relationship think that these couples should never have fallen apart. They thought that the smiles on their faces speak of the happiness that their home exudes. Career success and perhaps even their children’s success have been credited to the success of their marriage. And yet, when these couples decide to go part ways, the people around them seem not to take the news lightly. Why do some couples break up and decide that it’s time for a divorce?

Most divorce lawyers would say that the smiles on couples phases only hide the sad truth about their home. The unhappiest couples are the ones that have to keep up with the expectations of the people around them. And because legally divorce lawyers need to know the truth, here is a list of typical marital disputes that lead to divorce:

People say that money should never come between couples, but it does. When the spouse expects too much and gets so little or when the other chooses to spend their money on something important to them but not necessary for the family. Money is one of the major issues that concern most couples, and when they are not able to resolve it, they only decide it’s time for a divorce. Dealing with finances while handling other issues in the family can be quite tough. Those that do not want to go through the tough part are the ones that decide divorce is the only key.

Individuals expect their partners always to be loyal, especially after they made a promise in front of their God and family and friends. However, not all couples can keep the promise to their partner to be faithful at all times. Sometimes, they engage in activities that hurt their partners emotionally. They get romantically involved with someone else outside of marriage, and that breaks apart a marriage. The next thing the cheating spouse knows is that they’re being served with divorce papers.

Nobody will hurt you unless you allow them to. And this is what sometimes happens in a marriage. Couples hurt each other emotionally, physically and mentally without being aware of what they are doing. The sad part is that some individuals live up to it until they grow tired, and that’s when divorce lawyers come in. Because the rift has become such strong couples don’t want to talk to each other anymore, divorce lawyers ensure that the best interest of their client in adequately addressed and represented.

Resorting to divorce may seem like an easy decision, but it is not, even for those who are hurting in a marriage. If you’re not sure if it’s the legal option that you want, talk to a divorce lawyer and get advice.