Co-Owning The Family House After The Divorce: Is It A Good Idea? 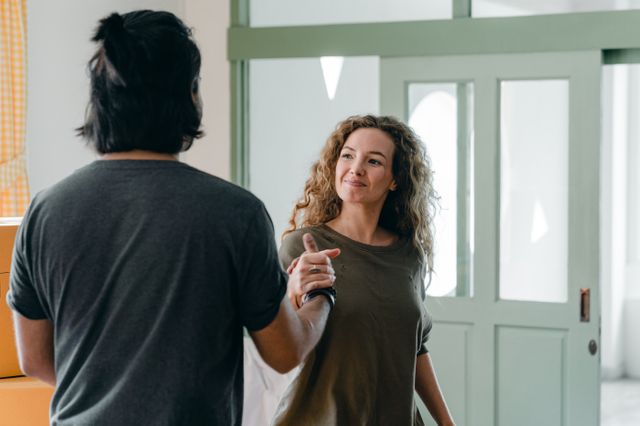 When it seems as if buying the house put or putting it out on the market for sale seems impossible, thinking about co-owning the property even after the divorce is likely a good idea. Some couples who go through the divorce fight over who gets to keep the house and who gets to decide about that. Divorce lawyers would often advise their clients to agree to put the house on sale. In that way, they won’t have to deal with each other anymore, apart from discussing issues concerning the kid’s welfare. Whether it is for financial or emotional reasons that govern the decision of what to do with the family home, remember to open your doors for more options.

Is co-owning the house a good idea? It is a good idea for couples who are not fighting. Not all couples decide to apply for divorce because they hate each other. Some couples can still sit down and talk to each other about what has happened to their marriage and not have feelings of hatred towards each other. This may come as a surprise, but it is true. Not all marriages that end in divorce are sad and tragic. Some of them simply had to end that way.

Co-owning the house may be a challenge in the beginning, but it isn’t impossible as others think. The arrangements as to how long the co-ownership will be should be discussed as well. Couples may also opt to keep the terms indefinite for as long as it does not cause trouble to one or the other. Remember that couples who choose to maintain the family house even after divorce must agree that their relationship from there on is strictly for business purposes only. This will keep them from becoming emotionally attached to the house once again.

Keeping the house may not be the best idea for some family and friends, but it may be the best one for couples who have kids together. The impact of the divorce on the lives of the children is immeasurable and deciding to keep the house gives the children a sense of stability in such a difficult time in their lives. Allowing the children to grow old in the house and not asking them to relocate more often than they’re emotionally prepared keeps them secured that despite the divorce, their parents are still there for them.

Co-ownership of the family home may be far-fetched from what couples traditionally choose during the divorce, but divorce lawyers think there is nothing wrong about it. As long as couples are guided accordingly and follow the rules of the co-ownership, there is nothing that could jeopardize it.