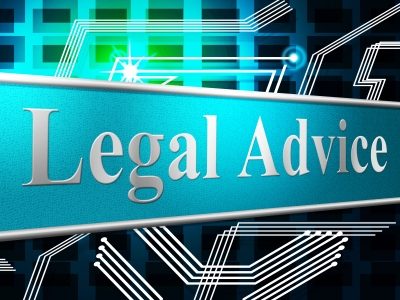 The keystone pipeline, commissioned in 2010, ranges from the Western Canadian Sedimentary Basin in Alberta to refineries in Illinois and Texas, and also to oil tank farms and oil pipeline distribution centres in Cushing, Oklahoma. Although three phases of the pipeline are complete and operational, the fourth phase is awaiting U.S government approval. The keystone XL pipeline is basically facing oppositions from environmentalists and members of the United States Congress.

The main point of contention between the Keystone XL project company TransCanada and different environmental groups, citizens, and politicians has been the potential negative impacts of the project on the environment. The main issue revolves around the risk of oil spills along the pipeline, which could potentially traverse the highly sensitive terrain, damaging its natural ecosystem. Also, 17% higher greenhouse gas emissions will be released compared to traditional oil drilling. Opponents also argue that the oil will be exported to China, as U.S. is self-sufficient. However, TransCanada disagrees as it states that the U.S. is not self sufficient and it would still need to import oil from other sources.

Let's have a look at some of the implications of the KeyStone XL pipeline in some detail:

As stated earlier, the oil extraction process from crude oil is more harmful to the environment, compared to the traditional way of oil drilling. Part of the reason for this is the heating process required to separate the crude oil from the sand. But, all of the environmental concerns were put to rest by the environmental review released by the state department, which stated that the impact would not be much as the oil will still be produced even if the project is indefinitely stalled. Environmental groups are not satisfied with the stand, as they believe that the fossil fuel should be left in the ground.

The state department estimates that construction would directly or indirectly lead to the creation of 42,000 jobs, which would in return generate $2 billion in earnings for the U.S. Although opponents dispute those numbers as they claim once the construction is finished, only 50% of the original estimated jobs will be retained, the rest will be eliminated later.

The president of the United States has unusual leverage over the case as the pipeline crosses the U.S. border with Canada. What it implies is that the Keystone XL pipeline requires a special "presidential permit". As the current positions stand, the senate has voted against the project. The project remains stalled as of now.

Although there are alternatives like using other pipelines, their inherent capacity is not enough to take the load of the oil being produced in Alberta. Another proposed alternative is transportation of oil sands by rail cars. The problem with this alternative is that the transportation cost would be enormous compared to the transportation by pipeline, making it difficult to make any money off it. Add the falling crude oil prices all over the world to that, and it only goes on to make the construction of the remaining phase even less attractive for the time being.

Crude Oil extracted from sand is very expensive to produce compared to any other form of oil extraction in the world, and as stated earlier, transportation by rail cars is not exactly a cheap proposition. A constant dip in crude oil prices globally has only aggravated the situation. The way things stand, as of now, the project will be stalled for a long time to come.