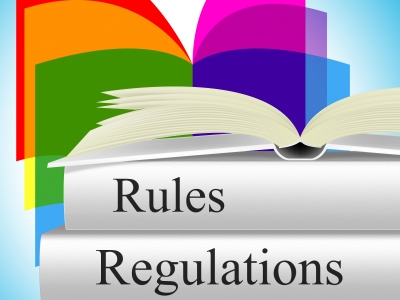 Canada, which is rich in oil and natural gas, is also the world’s third largest reserves of crude oil. Within Canada, Alberta produces most of the oil and gas. This explains the large number of productional facilities located in Alberta.

Thus, there are plethora of restrictions imposed on players in the oil and gas industry in Alberta. Participants in the industry are subjected to both federal and provincial regulations because the levels of government have overlapping or shared legislative authority, in the areas of natural resource development and transportation. Here are some of the acts that are specific to the oil sand industry in Alberta:

In Alberta, the ownership of oil is split among the Provincial Crown, the Federal Crown and Aboriginal groups.

The Mines and Minerals Act is only applicable to mines that are owned by the Provincial Crown. This act mainly deals with the terms of exploration and drilling oil, leases and royalties.

The Petroleum and Natural Gas Tenure Regulation provides details on the procedures that must be followed for obtaining oil and gas concessions from the provincial Crown.

The Oil and Gas Conservation act outlines the rules and regulations that must be followed to prevent wastage of water, oil and gas. It also aims at promoting the economic use and development of oil through licensing. The approvals required for drilling and operating facilities are also set out.

This act aims at highlighting the rules and procedures for obtaining land access rights that are required for exploiting oil and gas.

The Environmental Protection and Enhancement act sets out the rules to support and promote protection, enhancement and economic use of environmental resources. It also assesses the impact of mining activities, the release and storage of hazardous substances on the environment and the remediation of contaminated lands.

The Public Lands Act deals with the management of oil mines that are held by the Provincial Crown. This act also outlines the process for disposition of public lands, the basis for assessing them and the penalties involved in case of violation of terms.

The Water Act defines and prohobits actions that disturb water resources. This includes all forms of consumption and storage of water for any purpose by the oil industry.

The oil industry powers the Canadian economy, thus the rules and regulations imposed for its efficient functioning are in plenty.

While the above points do outline the purposes of some of the important acts, they are no substitute to legal documents themselves. Know of any other important regulations that participants in the oil industry must be aware of? Feel free to leave a comment!