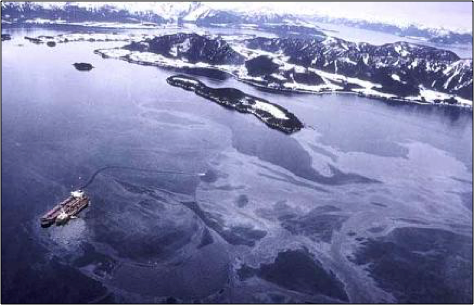 For someone employed in the oil and gas industry, an oil spill is the worst nightmare. Oil spills wreak havoc on the environment – they kill marine and wildlife, pollute oceans and the air, and have an irrevocable effect on the ecosystem. They’re not exactly good news for the oil companies either.

North America and the surrounding seas have seen a number of oils spills in the past decades, some worse than others.

Oil tanker Exxon Valdez was on its way to Long Beach, California from Prince William Sound, Alaska. On March 24, 1989, the tanker ran into Bligh Reef, which ruptured its hull and poured out almost 11 million gallons of crude oil into the Pacific. Before the Deepwater Horizon oil spill in 2010 (see the story at the end of this post), it was the largest one in U.S. coastal waters. For weeks and months after the spill, oil continued to spread over a large area in Prince William Sound and beyond.

Exxon Valdez was a major event that demanded massive clean-up efforts. It also brought to light the necessity of having regulations for oil tankers, and led to several tanker reforms.

This is one of the largest petroleum spill disasters in the history of Canada’s oil and gas sector. The oil sands giant Nexen has pipelines at its Long Lake, Alberta operation. On 15 July 2015, one of these pipelines started releasing what vice president Ron Bailey called "emulsion", a mixture of bitumen oil, water and sand. There is also concern that it could have been diluted bitumen, which contains carcinogenic chemicals.

Almost 5 million litres of this emulsion have been leaked, equivalent to 31,000 barrels. This surpasses the 27 barrels spilled by Enbridge in Kalamazoo, Michigan in 2010, previously considered the worst land spill in U.S. history.

3. The Odyssey, off Nova Scotia

The Odyssey was an American-owned oil tanker that broke in two in a storm, 800 miles off the Nova Scotian coast on November 10, 1988. 27 crew members died, and almost 43 million gallons of crude oil were released into the North Atlantic. The oil covered a 3-mile by 10-mile area but it is presumed to have dissipated.

The impact on the krill and other bigger creatures was considerable. Concerns about pollution were minimal because of the distance from any shoreline. No clean-up efforts took place.

Deepwater Horizon was an off-shore oil rig situated over a BP oil well 40 miles off the coast of Louisiana. On April 20, 2010, the oil well exploded, causing the rig to explode and sink. 11 workers were killed. The oil well released millions of gallons of oil from the ocean floor, 5000 ft beneath the ocean surface. The spill was only detected two days later when a large oil slick began to appear at the site where the rig stood.

The disaster is estimated to have leaked about 210 million gallons of oil into the sea. It is considered as one of the largest environmental disasters, surpassing even Exxon Valdez and the Odyssey.

Oil spills are, no doubt, some of the worst things that can happen – to life, environment and the companies involved. Measures need to be taken to prevent and control the effects of oil spills. What do you think can be done?